Institutions of higher learning provide such a plethora of potential for the personal perusal of possibilities in the paradigms of perspectives. In the second year of school I had changed my major from pre-med to psychology with a religion minor. I wanted to find out more about the connection between God and man, and the variety of ways that ones have journeyed in order to realize their own connections.

Quite often I found this to be the foundation of many religions. Someone had journeyed within themselves and found a way to express their connective tissue so that others might get a glimpse of the glory or profound peace it brings. Well, that has often also been turned into credos and memos of understanding between less scrupulous or wealthy individuals that desired domination of the population.

We have many of our organized religions to thank for that interesting display of human ego. Is there not a coherent message throughout?

School went okay for the first quarter, as I reacquainted myself with friends and the campus. My familiar partner in spiritual exploration was not present, though. I envied his vacation location. Gary was about 2,000 miles away in northern Canada with his grandfather, staying in a rustic old cabin with no modern conveniences. I had called his parents a few times to inquire when he would be returning and each time it was, “Soon.” They knew he would be back for winter quarter, just not the specific day.

I returned from a date one Saturday morning, about 1 a.m. or so and proceeded to test my telepathic 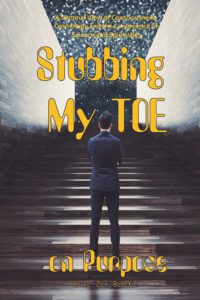 ability a bit further. I had been thinking about the theoretical limits of telepathy, which were none that I knew of, and wondered if I could reach him. I plugged in a tape by a band called ‘White Witch’ to a song called ‘Help Me Lord.’ It was quite spacey so I thought it would help set the tone.

I lay down, closed my eyes, and began to picture his face in my mind’s eye. It didn’t take long before I was peering into his eyes, able to see his face as well. We gazed at each other for a moment, and then I imagined grabbing him by the shoulders and standing him up so that I could see his whole body. My visual perspective changed instantly as I could see his entire body now.

The following week was pretty normal and I decided to call his house on Friday evening to see if his parents had heard from him yet. To my amazement, he answered the phone and I could tell he was slightly out of breath. I asked him where he’d been and what was happening. He had just pulled into the driveway when I called and knowing it was me on the phone, he ran in to answer it straightaway.

Cool… I told him I’d join him in a couple of hours.

Upon arrival, I talked with his parents for a short time regarding his trip and the advantages of being out in the wilderness for the summer. We got in my car to leave, a sporty orange Opel GT, and I asked him a rather open question to probe his mind. “Hey, did you catch any flack last weekend?” I said without any set-up as I wanted to leave the question open to anything.

His answer was more than I expected or hoped for then. He looked at me squarely in the eyes and said, “Yeah, you son of a bitch… you woke me up out of bed! I was lying there sound asleep and felt someone grab my shoulders and set me up in bed.  I opened my eyes and your face was right in front of me, you f…r.”

He went on, “Carolyn’s face was right behind yours. We talked for a few and then you two split. I don’t remember what we talked about right now, but you were there. It was pretty f..n’ bizarre! We’d had some telepathic moments last year for sure, but nothing like this.”

I then told him what I’d done and we both just sat there wide-eyed and awed by the experience. About a week later, he got a postcard from Carolyn. It was one of those touristy postcards from a Krishna Camp in California. There were a few up and down the coast at that time.

All that was on the postcard was a circled address among many (the location in Santa Barbara, California) and at the bottom was written… “Enjoyed the conversation,” in her hand writing. Nothing else was on the card at all, except his address. Neither one of us had heard from her since the end of spring quarter, some 6 months or so previous.

Imagine if something like that happened to you. What would you do?