The following is from an old site posted circa 2001, with many links to information that may or may not still work. 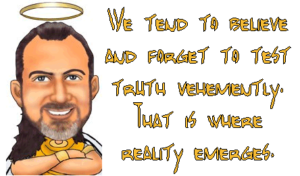 This Multiverse of Information for Human BEings incorporates philosophies and experiences regarding developing holistic communities, spiritual connections and extraterrestrial involvement in planetary administration. Discernment of information is highly recommended as sources of information may have different agendas, some of which may not be healthy for you.

The following (prior to the links) are tasty tidbits for transformation.

Words in our ordinary state can be useful in thinking about enlightenment, especially if we are careful not to confuse the words with the realities. Dr. Charles Tart, Waking Up-Overcoming the Obstacles to Human Potential

There is no God but Reality. To seek Him elsewhere IS the action of the Fall. Author Unknown

Be careful what you wish for, you will probably get it.

For God has not given us a spirit of timidity, but of power and love and discipline.

If there is a God that has any power, then why is it the way it is on Earth?

Nothing is as real as a dream. The world can change around you, but your dream will not. Responsibilities need not erase it. Duties need not obscure it. Because the dream is within you, no one can take it away.”
–Unknown

We mean by man – mind imprisoned in a living body. But mind is not the highest possible power of consciousness; for mind is not in possession of Truth, but only its ignorant seeker. Sri Aurobindo

My philosophy in essence is the concept of man as a heroic being, with his own happiness as the moral purpose of his life, with productivity and achievement as his noblest activity, and reason as his only absolute. Ayn Rand

“Instead of accepting the unity of purpose provided by genetic instructions or by the rules of society, the challenge for us is to create harmony based on reason and choice.” Mihaly Csikszentmihalyi

“Do everything with a mind that lets go. Do not expect praise or reward.” Achaan Chah

Happiness is a conscious choice, not an automatic response. Mildred Barthel

“It is in the shelter of each other that the people live.”

No sense being pessimistic. It wouldn’t work anyway.

“The important thing is not to stop questioning. Curiosity has its own reason for existing. One cannot help but be in awe when he contemplates the mysteries of eternity, of life, of the marvelous structure of reality. It is enough if one tries merely to comprehend a little of this mystery every day. Never lose a holy curiosity. Albert Einstein

“The art of progress is to preserve order amid change and to preserve change amid order.” Alfred North Whitehead

“The most beautiful thing we can experience is the mysterious. It is the source of all true art and science. He to whom this emotion is a stranger, who can no longer pause to wonder and stand rapt in awe, is as good as dead: his eyes are closed.” Albert Einstein

We succeed in enterprises which demand the positive qualities we possess, but we excel in those which can also make use of our defects. Alexis de Tocqueville

Step back on your own to look into reality long enough to attain an unequivocally true and real experience of enlightenment. Then with every thought you are consulting infinite teachers.

“At the center of your being you have the answer; You know who you are and you know what you want.” Lao-tzu

When you illuminate your perception, your eyes are like a thousand suns, so that nothing can escape notice. Ordinarily, people just have never been so observant, but they should not give up in frustration because of underestimating themselves.

In the spirit of Zen everyday life becomes the contest. There must be awareness at every moment – getting up in the morning, working, eating, going to bed… that is the place for the mastery of self.

One should mentally honor the person who is truthful, honest and just in his dealing with people. One should associate and humbly learn from a person so advanced whose heart is completely devoid of the propensity to criticize others.

A sober person who can tolerate the urge to speak, the mind’s demands, the actions of anger, and the urges of the tongue, belly, and genitals is qualified to make disciples all over the world.

I LOVE EVERYBODY… You’re Next!

Spontaneity is the quality of being able to do something just because you feel like it at the moment, of trusting your instincts, of taking yourself by surprise and snatching from the clutches of your well organized routine a bit of unscheduled pleasure. Richard Iannelli

It is apparent to most of us now that our universe is indeed conscious and our thoughts and actions affect much more than our immediate or personal space… we enjoy worlds upon worlds. What are you doing with yours?

Return of the Karmapa

The Hades Base News

Groups, Institutes, and Organizations (a plethora of paradigms)

Information in many forms (use your heart’s eyes and ears)

OD of eye & ear candy for the inner self.