Brother From Another Mother

I was in LA for a few months in 2001, invited to help facilitate some projects and stay with friends for a while. I’d met a woman, Mandira Simental, at an Ashtar Command event in Arizona the year prior and she had invited me to meet a man she held in high esteem. His name is Rev. Dr. Charles Brown, Assistant Minister for Los Angeles’ Understanding Principles for Better Living Church, founded by actress and Reverend Della Reese Lett.

We first met at a church dinner/fundraiser. The room in the basement of the church was large enough

for several hundred to fit in comfortable. Dr. Brown was standing on the other side of the room from where we entered. It was quite strange, as our eyes met he excused himself from the conversation he was having and started walking toward me. I did the same and we met in the middle of the room.

Okay, so that was cool. Instead of shaking hands we hugged and laughed deeply like we’d known each other for ever. No words were necessary and when we finally did speak it was an acknowledgement of recognizing each other from long ago. We saw each other there a few times and he invited us to visit him at his home in Rialto. Nearly two months later, we finally made it.

I could have spent hours just looking at all the beautiful and rare articles in his living room. He’d obviously been many places around the globe over his lifetime. He actually was only a few years older than I as we found out. I felt my terrestrial travels were pale in comparison, though. I couldn’t help but feel humble in his presence, too.

He gave us a tour of the room and its articles, sharing stories of how they came to him in often magical ways. We were amazed as we staying there for a while, Charles directing our attention to various pieces and giving explanations of what they were and where they came from… fascinating!

We moved into another room and sat for half an hour or so, drinking tea that his housemate had brought to us. We had some deeper discussions about how Mandira and I had met and the experience I had at that conference that I wasn’t sure I was quite prepared to have at that time, or ever. He asked us to please join him upstairs in his sanctuary room. Wow, another surprise of wonderment!

We followed him up the stairs and entered a room immediately to the left at the top. It was a small room, although the two bookshelves, altar, statues, three chairs, and small lectern helped to make it so. There were symbols from all the religions all over the walls and the texts on the shelves were from many sources as well.

There was also an unpainted plaster relief of Jesus that looked identical to me. I wanted to deny the resemblance yet it was so striking that it was undeniable. “Shit,” I thought. The woman jabbed me in the ribs and pointed without saying a word. Honestly, it was a bit spooky, especially since I felt like an adoptee still searching for identity. I felt so confused, yet aware all would be revealed in time.

This is what I’m faced with now?

We had been standing in this room while he went down the hallway. As he returned and sat down, we did so as well in a couple of white rattan chairs with red cushions. He began to share some things he felt in me, mirroring the Divine Intent in my heart. It was comforting.

As he spoke I felt a deep desire to just rest and listen, his heart was full of information and wisdom of 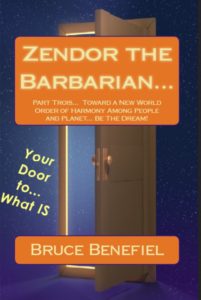 which I would gladly listen to for hours. I have to admit that it could have been an ego stroking, but he gained nothing by it.

It appeared that he was in a light trance. His energy shifted to a deeper place still and he began to share more. This was his last lifetime here and he was ready to the wisdom of his people. He spoke of a gift to me that is so great that I have difficulty in explaining it here. It sounds too weird, anyway.

I sat in total awe. Some part of me was in full acknowledgment of his words. I could feel it deep within me and I could see it in his eyes as well. This he shared: It is time for the world to awaken to the presence of God within. We are all related…family.

He continued and then paused a moment, looked up to his right, nodded his head and said, “Okay.” Without a word he got up and left the room. Returning moments later, he had a vial of oil in his hands, beautifully ornate and obviously with sacred purpose… frankincense.

Continuing to share from a very deep and moving place now, his words echoed in my heart as he knelt in front of me (at almost 6′ and nearly 300#), he began to take my shoes and socks off. These articles were very special too, as the socks were a gift from Diana in Chile and I’d purchased the shoes from a craftsman in an old Mercado in Santiago just before returning the States.

As he was speaking previously before leaving the room, I saw this woman in place of the wooden Native American figure that was in between us against the wall. She kept fading in and out.. yet I could definitely see her and feel her presence. You can imagine what this might feel like, I’m sure. Another Mobius moment.

There was definitely some very special energy in this room. I could feel the deepening and wondered what was going to happen next. These kinds of sensations and situations were rare, yet wonderful, in my life. It was surely a sacred space created by us all.

After removing my shoes and socks, he poured some oil in his hand, set the container down, rubbed his hands together for a moment and then applied them to my feet. If you could imagine the most humble feeling you have ever had, and magnify it, you might come close to my feeling at that moment. I was so overcome that I wept.

He continued with the same process on the other foot, than raised a bit and asked for my hands, then unbuttoned my shirt and applied his hand to my heart. His words are faint now as I truly do not remember what they were exactly.

As with our initial hug, they are not necessary. I’ve shared this so that you, too, may feel a deep humility and reverence for ALL THAT IS. Although I was chosen for this particular experience, it is not my desire to set myself apart in any way.

This is the essence of the action of Christ Consciousness in our minds and hearts, anchoring humility in our ultimate service to humanity. It is our birthright as spiritual beings. It is our Soul’s desire at this time, on this planet, in this solar system, in the multi-verse, in this ONEness to ascend into a unified field of love. When we enter it, nothing else matters.

I’ll admit that I consider this life a privilege, with some really awesome events and experiences. The opposite is also true at times, feeling cursed to have to feel the natural separation in the current bridge between the head and heart in humans. The sad thing is they aren’t even aware of the separation. I’ve lived to know the difference even though the journey has been the toughest one could imagine.

2 thoughts on “Dr. Brown You’ve Got a Lovely Sanctuary”