Continuing the saga of my engagement with the Galactic Federation, First Contact and the Council of 300… things aren’t always as they seem. Sometimes their presentation is filtered to relate important facts that are literally out of this world. To the experiencer the surreal environments cause the questioning of one’s sanity repeatedly. Alas, consistency and testimony has to win. 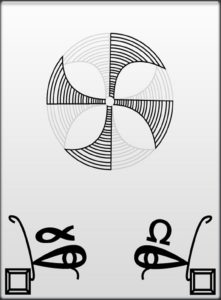 dreamtime almost 20 years later in 2001. Rarely in my life have I had such vivid experiences in dreamtime, although it does happen occasionally. This several-night ordeal was as real as though I was there in person and completely conscious of the activities I was leading – far more than just a lucid dream.

To most people it would sure sound like a great science fiction story, even incredulous by some standards. I get that. Some of my life here is much like one , not knowing whether I’m a hybrid, natural born ET, or just a highly gifted and intelligent human being with a bent for stirring up emotions and possibilities of new ways of thinking/understanding in the quest for understanding Truth.

I am adopted and records seem to have disappeared (death of clerk of the court, attorney and judge & flood-destroyed paper trail); only the time, date, location, age, and ethnicity of my birth mother was available through the Department of Health. It wasn’t until my 62nd year on Earth that I was reconnected with my birth mother through an Ancestry subscription my wife got me for Christmas in 2017.

Consequently I’ve had a real zest for discovering my identity through internal and celestial channels. My experiences have not been those of imagination, unless entire groups of people are somehow manipulated to show up and participate. One thing is certain and that is an awareness continues to grow and reveal the interconnectedness of multiple dimensions/worlds. It becomes a new living awareness that is both inviting and sublime in its arrival.

Yet, these experiences have left a major impression on my mind and heart from the consistency of their flavor and intensity of their nature. Identity has lost its importance to mission and vision of a newly ordered world in alignment with cosmic intelligence. Most of them have been shared experiences that even the most imaginative mind could not have constructed on its own, unless it came from the One Mind of infinite variety.

I have a serious penchant for challenging any predictive events like that because it has human consciousness engaged without universal consciousness approval, if that makes any sense. I tend to not put labels (names in cosmic consciousness are irrelevant) on experiences, but the nature of sharing illicit articulation – which requires some kind of description.

The gathering onboard was the second week of February in 2001. It was a few months after yet another bizarre experience as a result of the Gathering of Souls and allowed the fee of PHI-flow to help me fum-bull through the kingdom, spinning and spiraling as I sought foundation. I could hear/sense the hum of the ship as I stood in front of a curved theater-style room with a few hundred beings in rapt attention.

To be a little less nebulous, I knew the essence of these meetings was a facilitation of ‘mission’ directives; duties and responsibilities of a few hundred folks from various worlds that would be responsible for managing the next round of ‘intelligent contact’ with human beings. I got the sense that these were the same folks I encountered in a slightly different form many years ago as simply points of light.

Some of these folks were relatively human looking, others looked straight out of Star Wars, confirming many of the artist’s renditions from contactee experiences. but then we all look different apparently. I recognized some from my own experiences as well. The amazing thing was the ‘feeling’ of family, like we were all in harmony with each other.

As I bounced back and forth from observing to participating, I felt the exhilaration of just being part of the process. Upon awakening after each meeting, my human consciousness was challenged by the feeling of worthiness to be there, but apparently I was accepted without challenge by those in attendance. I was supposed to be doing this because this was my function in the order of things. I was simply performing my duty according to the protocols of engagement. Who am I to argue with All That Is?

These meetings took place in dreamtime (lucid to the extreme) for me, from Tuesday through Friday of that week. Needless to say they were pretty intense, but it all made perfect sense and I found I had previously written about the protocols of engagement in articles back in the late 80s, published in the Arizona Light. The process of contact is built precept upon precept of natural order. We, as humans, barely understand the cycles of spring, summer, fall and winter. There is so much more.

The process and protocols have been echoed by contactees all over the globe since. The visibility of the ships is not important as the communication is all done on spirit-circuits (telepathy) built into our human design, abilities and senses yet untapped by many due to the false belief systems that denounce their legitimacy and promote fear of them. The truth is undeniable in those experiential communications.

So the meetings proceeded with me introducing various individuals that had lead roles in the process, defining their duties and responsibilities so that all parties were on the same page, so to speak, with open knowledge of all the information that was being presented. There were no reasons for less than full disclosure of everyone’s responsibilities as it all had to work in harmony.

There was no discussion of any staged manipulations or mass appearances as they were deemed to be too flamboyant and inconsequential in message delivery. It appears that the Earth’s mili tary in dustrial com plex is doing just that to dissuade the public from releasing the False Evidence Appearing Real. Master strategies can make things appear much differently with mis-use of technology, especially with reverse-engineering.

The underlying principle was that humans would have to rise to their own occasion, but the spirit-circuits could be used to help supply information that supports the development of consciousness and technology to help facilitate the development of a new world order. Crop circles have continued to share symbolic communications that many recognize at deep levels, even though they may not be able to articulate it, yet.

This order, although advanced in nature, is a natural evolution from the present order. Now nearly a 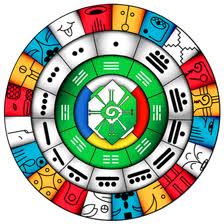 decade later, much of this is understood and shared by those who proffer the information about the Galactic Calendar… whether it be Egyptian, Hindu, Mayan or Sumerian. We simply must call attention to the fear-transcendent nature of life-friendly engagement. The call for ‘God dwelling in Man’ is answered by us.

Humanity has to recognize the fallacy in it’s current methodology first, en masse, and with as little judgment as possible. The release from fear, anger, ignorance and immobility often carries an energetic ‘charge’ that can be disruptive if not managed properly. Those with ‘contacts’ from our progenitors are supplied with dreams, visions and synchronistic support (among other things) as their conscious choices begin to align with their ‘soular’ purposes.

The cosmology of the Mayan Calendar, entrance into the Photon Belt and other cosmic alignments all empower the process and its alignment with universe affairs at this time. Change is gradual and supportive of nurturing humanity through the process. Planetary shifts, the physical ones, tend to coincide with the state of consciousness of the planet and support the advancement of Earth’s planetary civilization’s need for understanding universal consciousness. All things are connected in the web of life across the galaxy, including the advancement of consciousness in the human race.

The optimal support of First Contact is to roll out the protocols of initiating higher consciousness and the resulting intelligent action of humans toward their own good; the accountability and responsibility of care for people and planet in a harmonic convergence of operational details. The communications, across the board, are geared toward initiating compliance and confidence in the ability to align and perform at a level of what humanity perceives as ‘divine’ in its relationship to prior human consciousness and understanding.

At the end of the week-long meetings there was a ceremony honoring the participants. Although I had some involvement, I introduced many others who would be instrumental in the proceedings. We were each presented with a gift, a memento of the successful conclusion. I really don’t recall all the other items as each was delivered. I was presented with a ‘plaque’ or ‘tablet’ that was quite unique, as I can only imagine the others were as well.

I immediately recognized the right and left eye of Horus, although with an expanded awareness a bit more than I had seen before due to symbols ‘resting’ above them. The symbols of Alpha and Omega were easily recognizable as well. I’m reticent to share the impressions on my consciousness as I gazed into this sacred text/tablet/tribute. I’m not even sure I can articulate it after all these years. 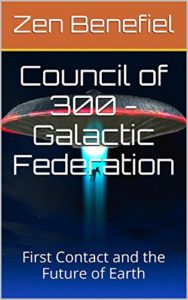 about nor did I press them to find out. The obvious main image was the rotating object in the upper-center of the tablet. The fact is that there were two of these rotating ‘feathered serpent medicine wheels’ or ‘swastikas’ that were visible, going opposite directions yet indistinguishable as far as which was above and which was below. They seemed to be in the same plane simultaneously and yet nearly translucent, spinning opposite directions with perfect synchrony.

I’ve heard the second experience was called the Council of 300. I was not aware of the ‘Council of 300’ meetings from any other source at the time. As with all my experiences, I’ve found other sources for validation after the occurrences. In this case, there was an email that came into my mail box some weeks later, chronicling the experience in great detail as though someone had been there observing the proceedings. There were no specific names mentioned, but the description of the events were eerily similar.

What a free copy of the Council of 300 material?

I saw the feathered serpent medicine wheels again later that year as well.

More on the Ashtar Command and Galactic Federation