Preparing to leave the wonders of the canyon to return to Phoenix was a bittersweet experience. I had so enjoyed the time there with such a variety of experience and new friendships, but most of all the open-air bedroom with perfect weather and nature’s décor was exquisite.

Nature has such a way of soothing the spirit and nurturing the soul if we allow it. Some might think that sleeping on an air mattress with no protection in the middle of a canyon across from the beach might be a little strange to say the least. Indeed it is.

I’d packed up most of my belongings in my ‘86 Jeep Cherokee that had more miles than you can imagine, some of them on terrain hard to walk let alone drive upon.

A few friends stopped by that evening with a raw foods dinner especially prepared by one’s ex-husband. He had become a world-renown raw chef and his dinner was exquisite to say the least. My favorite was the zucchini fries, which is the only thing I recognized beside the coconuts that served as our beverage. The meal was a real taste treat.

As we sat and chatted about the many cool things we’d shared during my time there, Gary requested that we meditate together while listening to a cassette of some music I’d brought with me. I was quite humbled and excited about the prospect. No one had ever asked to meditate with it, let alone with me. 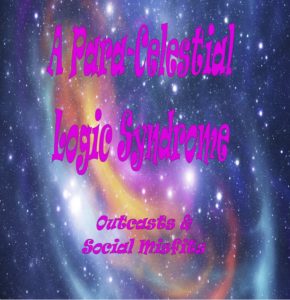 Phoenix. The style was eclectic to say the least, from new-age to progressive rock with a bit of blues/jazz/rock fusion. The recordings were more improvisational than planned or practiced, so the music had a nice ‘present’ feel to it.

So we finished dinner and cleaned up the area. We were in the basement of the house in the front of the canyon that had served as our office for the Gaia-Fest event as well as personal workspace while I was there. It was pretty cozy, but still had enough room for us to sit in a circle comfortably in the small space.

The plastic lawn chairs worked well and allowed us to hold hands without straining to hold them up. I put the cassette in the deck, pushed PLAY and returned quickly to the circle. We all held hands, took a few deep breaths together, closed our eyes and prepared for the journey not knowing what was in store.

My experience began with consciously imagining energy swirling clockwise from my third eye and solar plexus and counter-clockwise from my heart, extending through each of the others as the music seemed to provide the perfect energetic movement for it to flow.

I sat there quietly for a moment as I perceived this energy flow, then wondered if they were feeling it too. I wasn’t able to stay there long as my vision, internal screen, came on quite abruptly with some very interesting imagery.

The first thing I saw were three tubes of rainbow-sparkled light that were arranged in such a fashion as it looked like they were equidistantly spread and crossed in the center. I perceived a hexagram with the apex points as the ends of the tubes. They formed a light asterisk.

The ‘light’ was flowing in one direction initially, and then changed into a bi-directional display. Almost instantly the tubes split and started spinning in opposite directions. They continued spinning faster and faster until they disappeared into a sphere of light where there was no visible separation any longer. This ball of light then began to spread out from the center, horizontally, until there was a plane of light with a slight bulge in the center.

At that point I got sucked into the center and felt a rush of energy like I was flying in space somehow. It was quite enjoyable and difficult to explain the sensation, but it felt really connected and safe.

I was there a few moments and then an image of being on board a ship’s bridge came into focus. The other three were there along with several others going about their business and oblivious to my presence. I could see out the ‘screen’ in the front of the bridge, viewing a vast starscape of indescribable beauty that stretched out infinitely in front of us.

I don’t remember much after that as the music seemed to take me far, far away. After a while I recognized the ending of the first side was coming up and apparently I had returned to being aware of the room we were in now once again.

When the cassette was over we sat there silent until the deck snapped as the cassette came to its end. I opened my eyes and looked around at the others, who must’ve had a similar expression as mine. We were amazed at the experience to say the least, sharing the silent looks of wide-eyed and nearly overwhelmed travelers who’d just returned from one of the wildest rides in their lives. It was indeed a shared Mobius moment.

We shared several moments of silence as we looked into each other’s eyes with a deep love and respect. I couldn’t keep quiet for long and had to know if their experience was as wild as mine, even though their eyes certainly indicated it so far. I couldn’t wait to hear what they had to say.

I asked them each to share what they had experienced. I was pleasantly and warmly surprised that the sensation of the energy spinning was felt by each of them. They described it a little differently, but the same flow presented; head and solar plexus clockwise and heart counterclockwise.

Then one piped up with an excited voice and shared that she saw a merkaba form in the center of us, gradually extending out into a plane with a bulb in the center. She felt drawn into it and sent across the galaxy, a feeling that compelled her to let go completely and simply trust All That Is that was flowing through her in that moment.

Both of the others agreed they’d seen and felt the same thing and especially the swirling energy in the beginning. Another then mentioned that she saw us all on the bridge of a starship, too. I hadn’t said a word, yet their experiences mirrored mine.

As we continued to come out of the musical trance our conversation became more focused on the need for the women to have a bathroom break. I walked outside and looked up in the sky, now dark with stars, wondering what this could mean or if it had any significance whatsoever.

I have a resident skeptic that speaks loudly at times, especially after these types of experiences. I talked with a brother from another mother a little about it while the ladies went off to the powder room on the other side of the house. His response was that it didn’t matter; we had shared a moment of congruence and capacity beyond our ability to comprehend it. The fact that we shared it was the significance that we could not deny.

The ladies came back and we entered the basement again, turned the tape over and proceeded to join 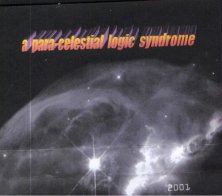 hands for side two. It began equally as impactful, only this time it was from a slightly different point of view, more local than nonlocal. I took the position of observer just behind and above my body, yet was within it simultaneously, watching another part of me unfold into a large white dragon. It was weird, feeling and watching me head rise out of my chest while my arms extended into giant wings.

Wrapping my wings around the others seemed like the appropriate thing to do and soon after my mind was adrift in a sea of possibility again, replaying many of the scenes from my life as I watched without attachment, yet wondered what it all meant. Next thing I knew the end of the side was approaching again and with the click of the deck I opened my eyes up and looked around.

Again the same wild-eyed looks from the others. I wondered what their experience was again. I didn’t have to wait long as they all, nearly simultaneously, asked each other if they saw themselves as winged angels. What a correlation!

Instantly I wondered what three winged angels and a white dragon were all about, then I told them of my experience and that I had wrapped my wings around them in love. They, of course, had done the same with their wings. I’ve got to wonder, and I’m sure you do to, just what the heck was going on that evening that brought us to that place.

I’m sure you might be wondering about altered consciousness as well. We were about as ‘straight’ as we could be and maybe even enriched by the raw food dinner. What a way to experience my last evening in LA. I wondered what Phoenix would hold for me now. I couldn’t wait to share the musical interlude with others to see what their response would be. I left the canyon the following morning.

The quest for identity was less important now, but the curiosity of what the future would hold was scintillating to say the least. I knew Phoenix still held the key to my personal path.

How would my life unfold as I learned to ask better questions of the infinite intelligence within?

Why were these events so consistently presenting opportunity to coagulate possibilities?

What would I need to do to remain available and submissive to the edicts of self-awareness?

When would the tipping point for humanity occur in the process of facilitating a new world order?

Who else would appear as cohorts and what might we be able to do together to lead the challenge to change the thoughtmosphere toward harmony?